The Story of a bygone Africa, lived Today

At StoryScape Travel we immerse our guests in a true safari experience. Glorious African landscapes come alive with its magical entourage of mammals, plants, insects, reptiles, and birds. And somehow, the need for excessive luxuries becomes a distant memory, replaced by the sounds, sights, and smells of a true African experience, a recollection of a bygone era. The beginning of a new story.

Experienced and passionate game rangers and trackers ensure that your wildlife encounters, either on foot or in an open game drive vehicle, will be exhilarating, educational and above all, safe.

The Kruger National Park was first established by the President of the South African Transvaal, Paul Kruger, in 1898. Realising that the Lowveld animals needed to be protected, the area between the Sabie and Crocodile Rivers was set aside for restricted hunting in 1884. Kruger’s revolutionary plan only fully came to fruition in 1898 when the Sabie Game Reserve was established (later to be renamed the Kruger National Park).  Scottish-born James Stevenson-Hamilton was appointed as the first warden of the park in 1902. Accounts of the early days of game conservation in South Africa can be found in the Stevenson-Hamilton Memorial Library at Skukuza, which houses a collection of ecologically orientated books, paintings and memorabilia and is well worth a visit for the history-orientated traveller.

The Kruger Park covers 19 633 square kilometres and is home to more than 753 species of animals and 1 982 plant species. In 2002 visitor numbers to Kruger topped the one million mark for the ﬁrst time.

During this same year the dream of a transnational park was realised when an agreement was ﬁnally reached between South Africa, Zimbabwe and Mozambique to merge conservation areas in their respective countries to form the Greater Limpopo Transfrontier Park. Once this process is complete the Transfrontier Park will be the biggest game reserve in the world. 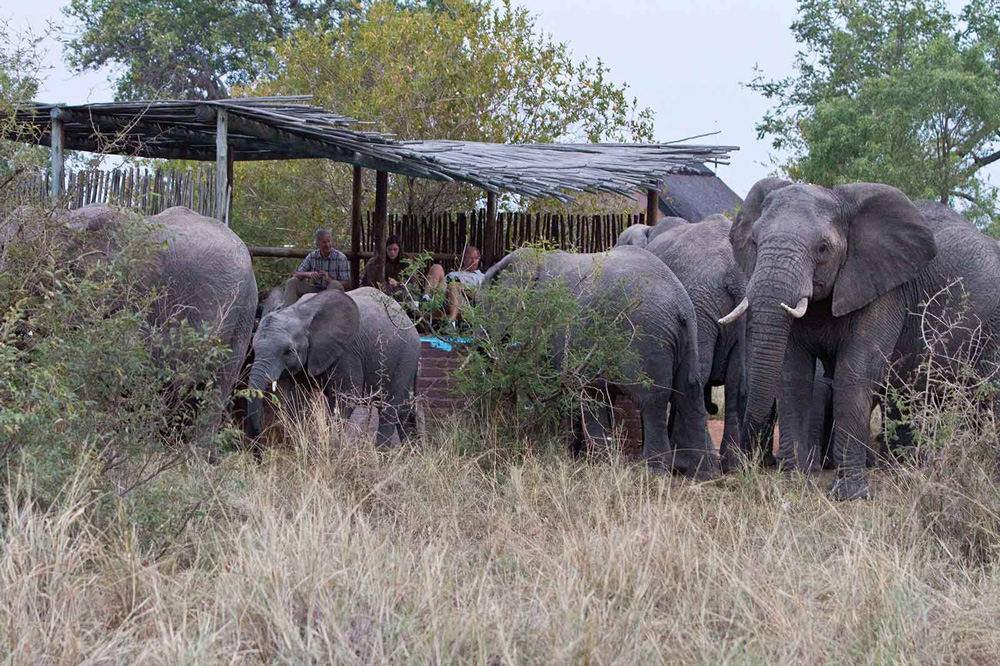 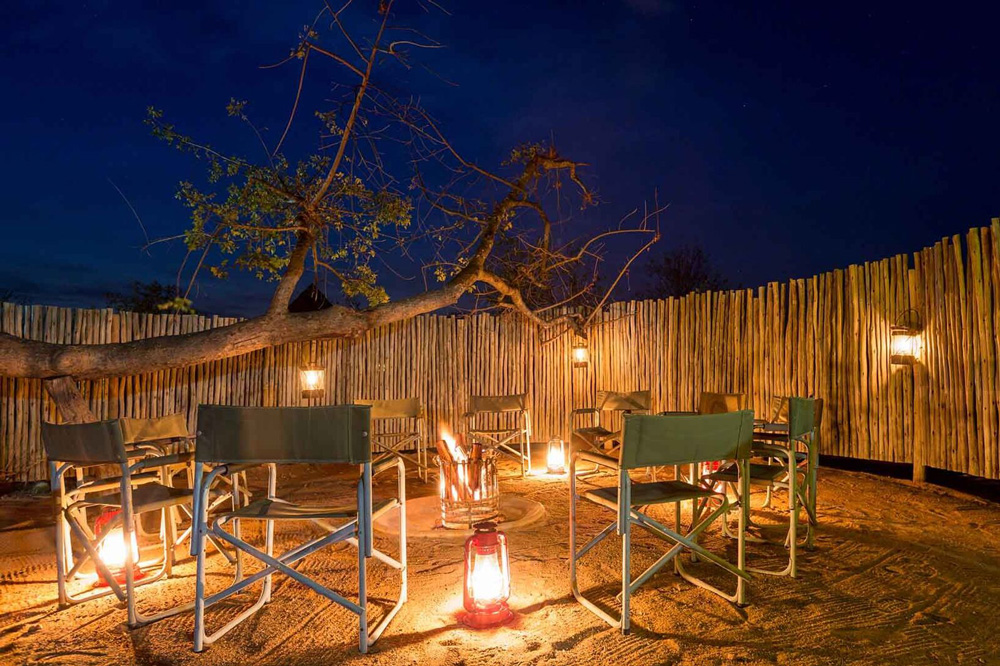 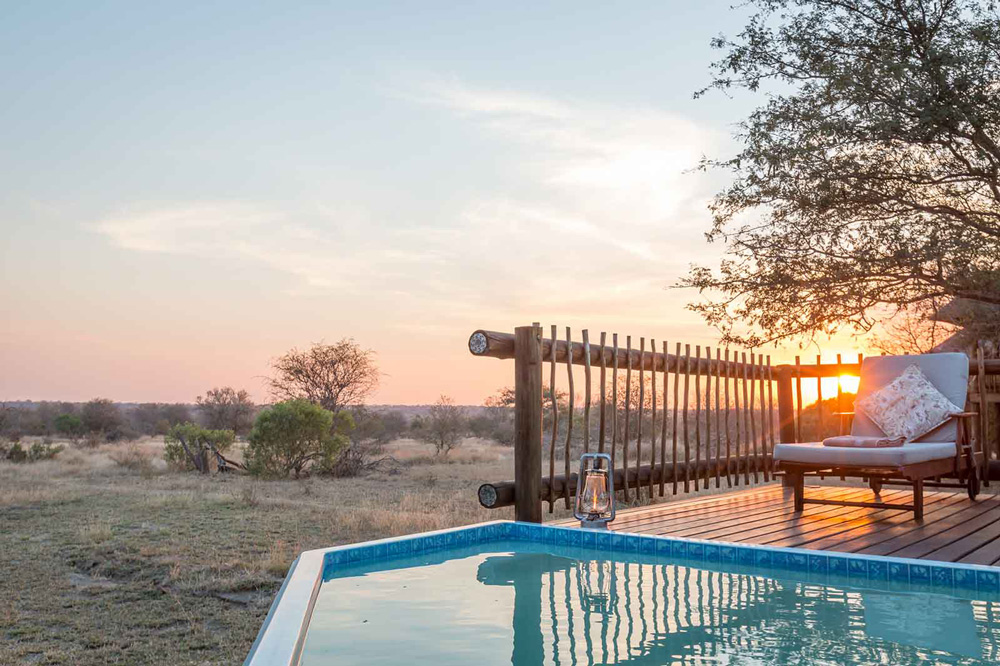 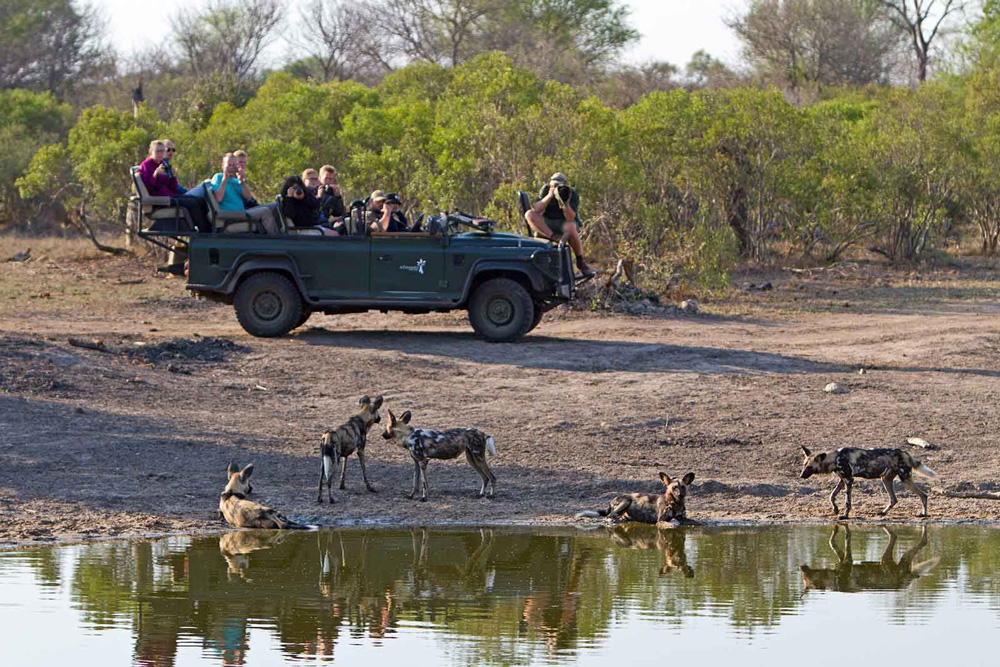 Suspend what you know about luxury tented camps.  The latest addition to the Thornybush Collection, Saseka Tented Camp, is state-of-the-art, luxurious and imbued with idyllic African wilderness.  Saseka is the Tsonga word for Beautiful.

Set in the vast panoramas of the Thornybush Nature Reserve, on the seasonal Monwana River, Thornybush The River Lodge offers you a truly personalised, secluded wilderness experience – a seamless blend of Big Five encounters and 5-star luxury that restores body and soul.

Come to Shumbalala and experience the spirit of the lion. The guttural roars that seem to shake the night stars as you relax in comfort on the banks of the meandering seasonal Monwana River.

Come to Shumbalala and experience the spirit of the lion. The guttural roars that seem to shake the night stars as you relax in comfort on the banks of the meandering seasonal Monwana River.

A dream destination for big cat lovers.  Lithe, agile, poised, the leopard is power and sinuous grace combined, and a sighting, however brief, is one of the most prized big cat encounters in the world.

Dew clinging to spider webs as dawn creeps across the sky. The pride on the move through waving golden grass. The dusty afternoon haze as the matriarch brings her herd down to drink. Capture the ever-changing moods of the wilderness at Monwana Lodge, a photographer’s paradise in the heart of The Thornybush Nature Reserve.

You hear them first, a deep vibrating rumble, the sound of breaking branches as they feed, and suddenly they are all around you. The great grey dusty shadows of the mothers, protective siblings, rubber-legged new-borns. Perhaps a solitary bull with magnificent tusks. And once you have seen them, nothing can be the same. Experience wild Africa where the giants walk.

Understated luxury under thatch encourages sensory indulgence which will put you back in touch with nature, ensuring a refreshing and uplifting stay.

Set on the crest of a hill overlooking the Northerns Drakensberg Mountain Range, N’Kaya Lodge is shaded by tall indigenous trees that turn it into a peaceful retreat of earthy tones that remains warm in winter and cool in the heat of summer.

Lush, green, teaming with life.  The grazing place of the great herds, the stalking ground of predators.

nThambo Tree Camp is located in the heart of the Klaserie Private Reserve, which shares unfenced borders with the Kruger Park.
Read More

Umkumbe Safari Lodge is located in the heart of the Sabi Sand Private Game Reserve, one of the most popular and upmarket in the Greater Kruger.
Read More