Breath-taking views of nature at its best.

Connecting the Lowveld to the Drakensberg mountain range, sandwiched between the Kruger National Park and the Highlands Meander, the historical Panorama Route is a scenic road in the Mpumalanga Province.

The route features sensational views of natural wonders, fascinating rock formations, impressive waterfalls, scenic hiking trails, and a myriad of birdlife, fauna, and flora. The quaint hamlet of Graskop serves as the gateway to this route.

Panorama’s undisputed highlight is the verdant splendor of Blyde River Canyon, one of the world’s largest green canyons featuring lush subtropical vegetation. Some other popular natural attractions along the route include the Lisbon, Berlin and Mac Mac Falls, Bourke’s Luck Potholes, the Three Rondavels and the astonishing God’s Window.

The ancient super continent Gondwanaland broke apart approximately 200 million years ago, tearing Madagascar and Antarctica away from Africa. The broken edge of the continent tilted up due to the weight of the vast shallow sea that stretched westwards towards Pretoria. This ancient sea left behind layers of dolomite and sandstone that became sediments over millions of years. What was once a deep trench under the sea became a canyon on land. 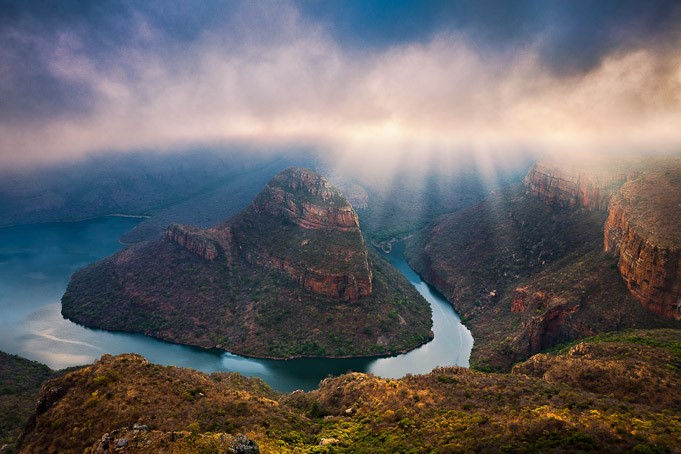 The Blyde River Canyon is the largest green canyon in the world and it stretches over 26 kilometres and is over 800 meters deep.

Other sites to see on the Panorama Route are the Three Rondavels, three distinctive rock buttresses, the Pinnacle, a metamorphic rock fringed with vegetation arising from a forest and the zenith of the Panorama Route, God’s Window, sheer natural beauty contained in a single view.

Then there is also Bourke’s Luck Potholes, enormous potholes that have been carved by pebbles swirling around in the pools where the Blyde and Treur Rivers meet and become one.

The Echo Caves are some of the oldest caves in the world and stretch some 40km into the earth with underground chambers that are more than 60m high. The caves got their name from their stalactites that create an echoing sound when drummed upon and can even be heard outside the cave system. 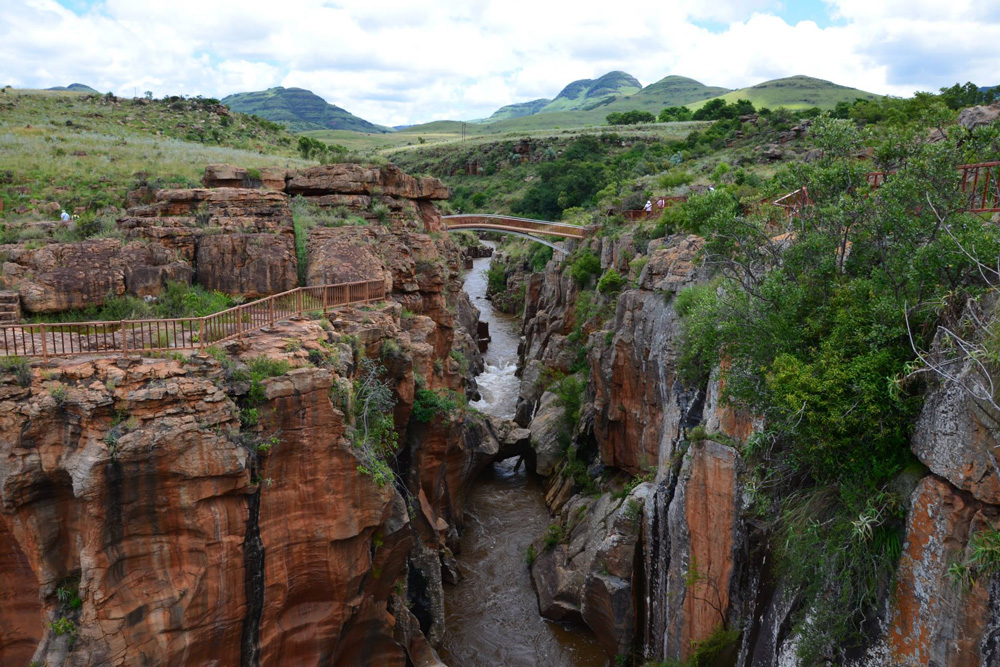 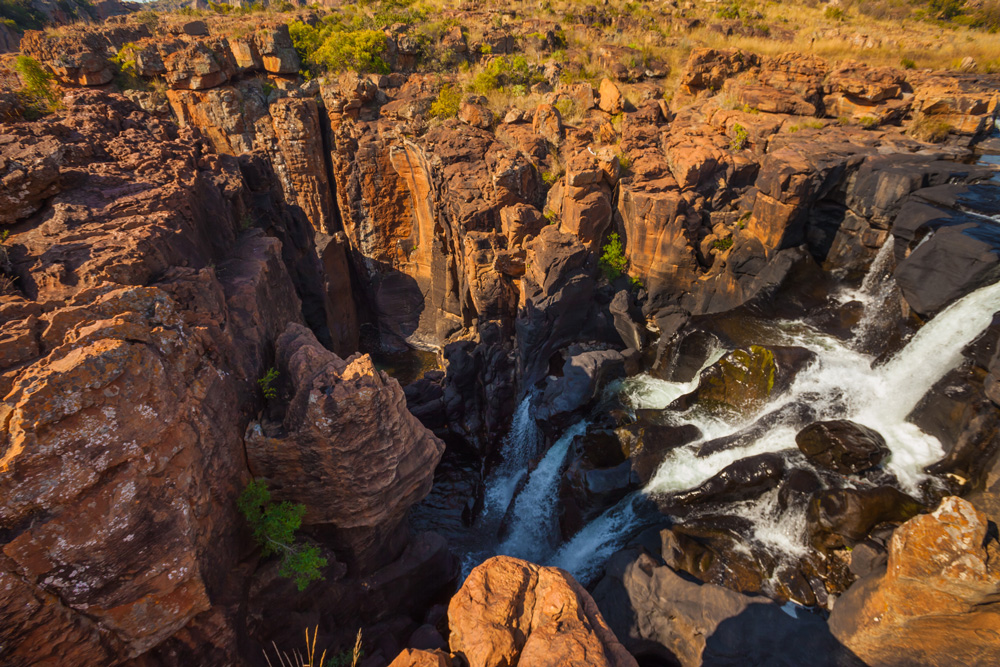 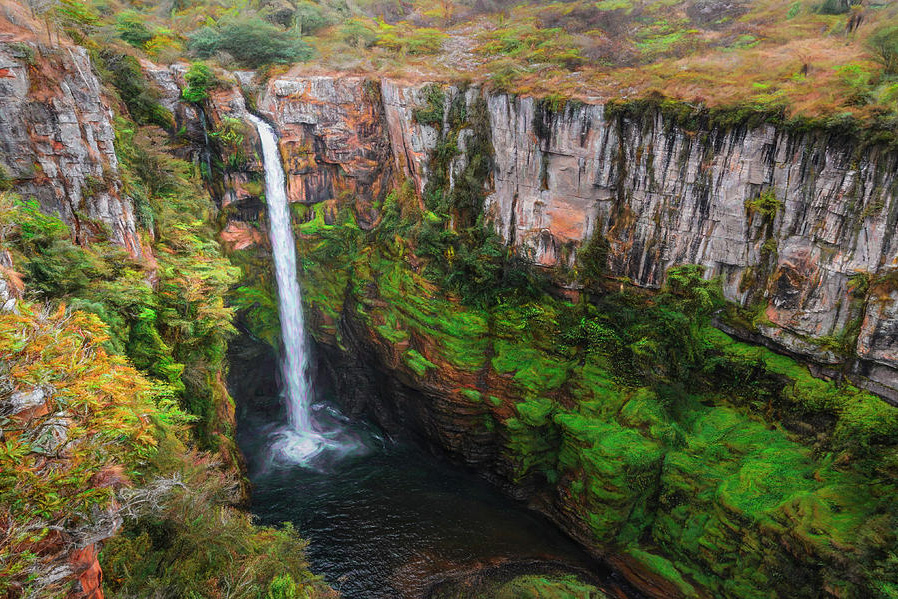 Graskop Hotel is a unique artistic experience offering friendly accommodation, contemporary South African art in a variety of interesting settings and culinary delights to be remembered.