KwaZulu Natal Battlefields, The Story of conflict and dark bloody encounters and 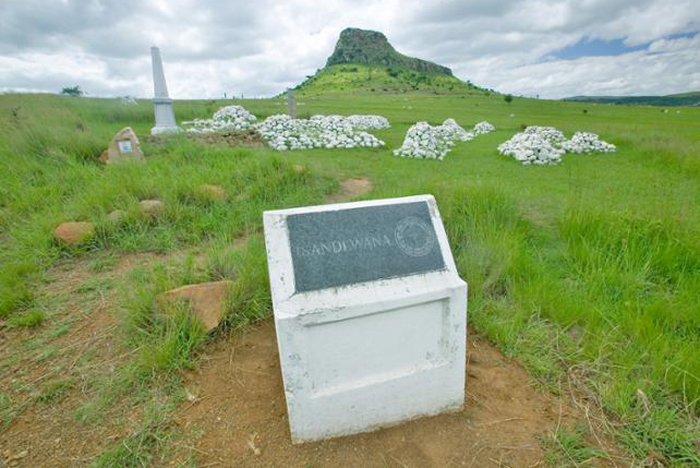 Hear in gripping detail the background to the Anglo-Zulu War as narrated by David Rattray on the Day of the Dead Moon as you are driven to Isandlwana in the early morning. Sit on the battlefield listening to the Zulu chants, thousands of assegais beating on shields and the countless volley after volley of Martini-Henry rifles. Enjoy the thrill of being mesmerized by the remarkable story of this fantastic Zulu victory. There is a stop to visit the museum at Isandlwana.

Enjoy a guided walk stopping off at various lookout points and finally ending at the site where Lieutenants Melvill and Coghill, fleeing on horseback, and massively outnumbered by the Zulus, lost their lives in an attempt to save the Queen’s Colour, earning the first two posthumous Victoria Crosses ever awarded. The walk returns to the Lodge. 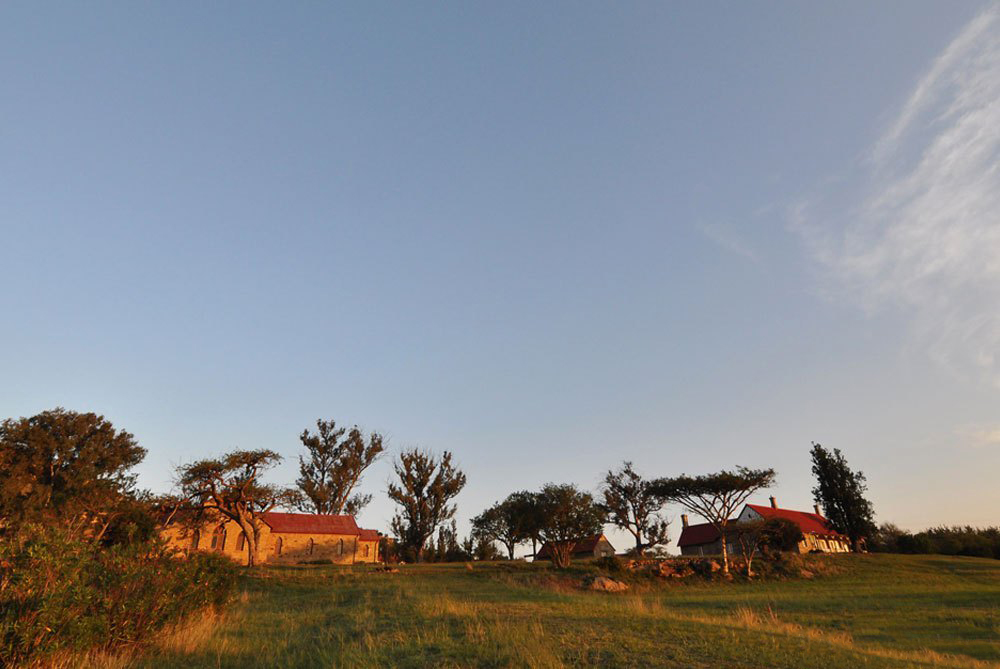 Listen to the famous story of Rorke’s Drift,  one of the glories of British military history. A garrison of 139 British soldiers, including sick and wounded, held out against an army of 3,000 Zulus.  Guests are given the opportunity to look around the memorials and graveyard before returning to the Lodge.

Optional Morning Tours
Mageni Falls
The waterfall where Lord Chelmsford found himself at the time of the battle of Isandlwana and the Ingwebeni valley where the Zulu Impis were discovered prior to the battle.
Masondo
The crack in the Buffalo River where the Zulus crossed on their way to Rorkes Drift.
Blood River
A trip to Blood River, a battle fought between the Boers and Zulus on 16th December 1838.
Prince Imperial
The site where The Prince Imperial was killed by the Zulus on 1st June 1879. 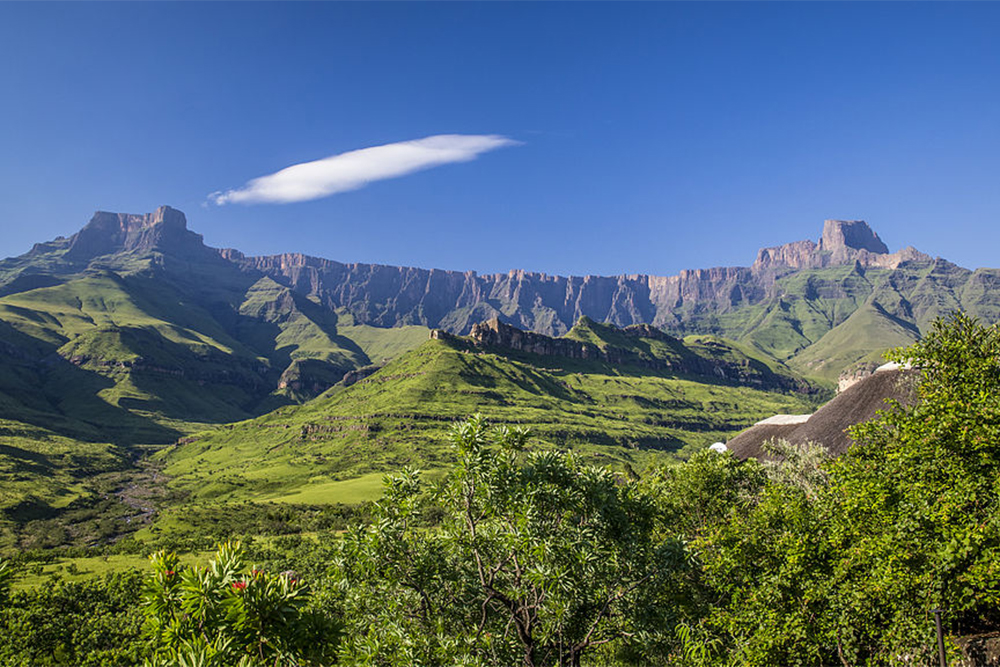 Allow some time to settle in and lunch and then depart for Mount Alice the site on which General Buller established his headquarters, Winston Churchill’s camp and a lecture on the origins of the boer war followed by Sunset refreshments served on Mount Alice overlooking the Mountains and Spion Kop Nature Reserve. 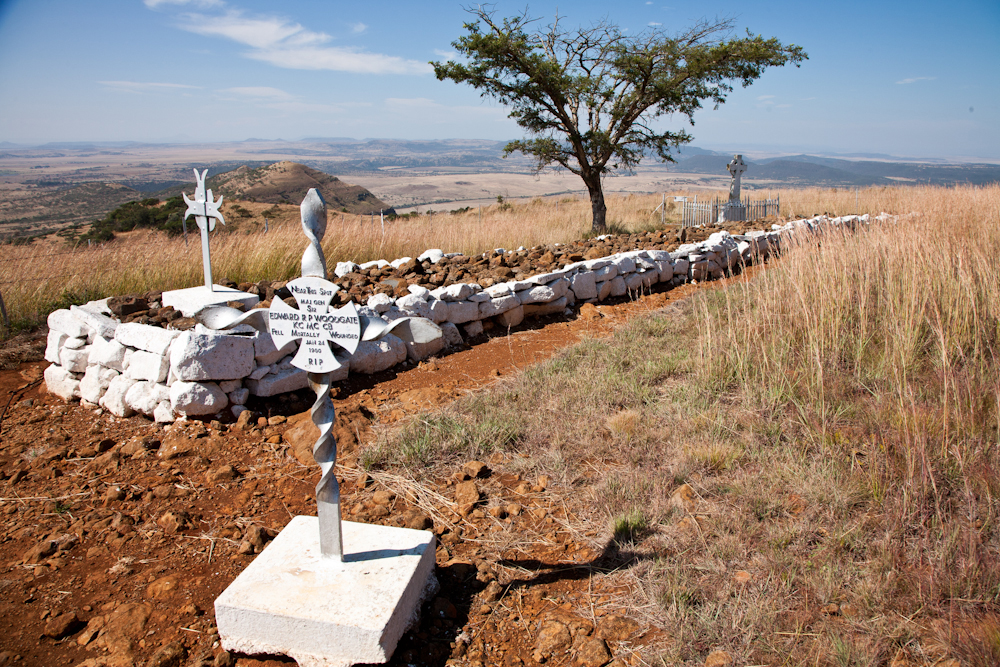 Breakfast followed by a trip onto the Spion Kop Battlefield, site of the most futile and probably bloodiest battle of the Anglo-Boer War, fought on the 24 January 1900. Your host and Anglo-Boer raconteur, Raymond Heron, will accompany you. He paints a vivid picture of the personal trauma and military mindset that resulted in the slaughter of so many British and Boer soldiers.

The Cavern Resort & Spa, named after the infamous Cannibal Cavern, is nestled in the foothills of the Northern Drakensberg in the Amphitheatre World Heritage Site area. A place of captivating beauty, it is surrounded by majestic mountains, lush indigenous forests and clear ’berg streams. 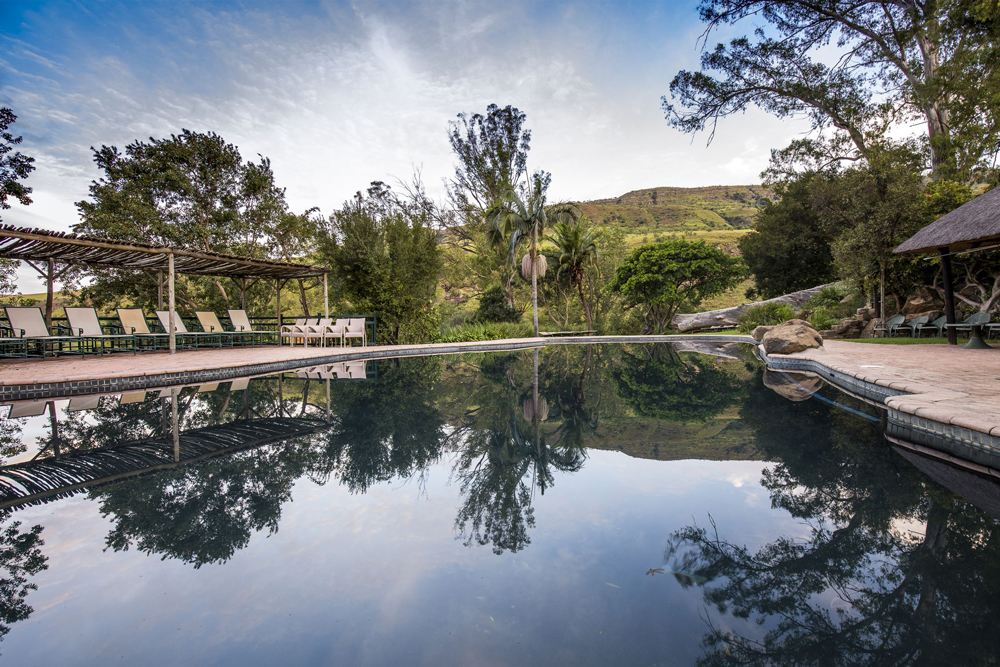